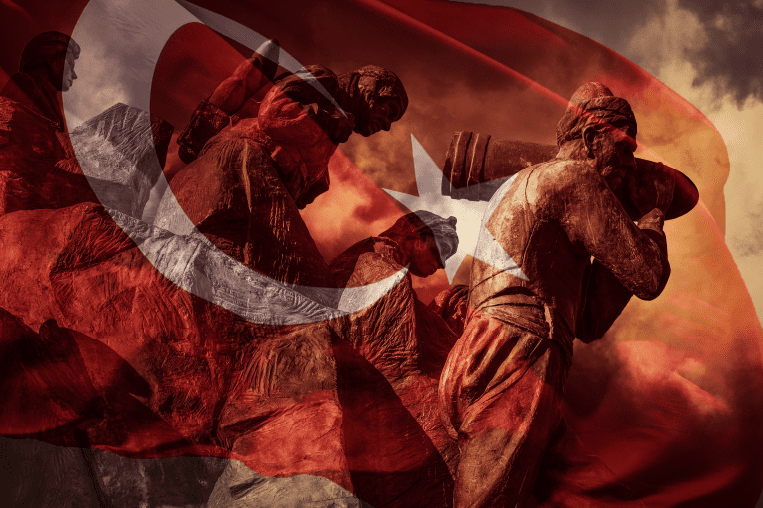 Before Turkey became a republic, the land was ruled by the Ottoman Empire. The Ottoman state was formed in 1299 with the uniting of a number of Turkish tribes. However, it wasn’t until the conquest of Constantinople in 1453 that the Ottoman state truly became an empire. From that point, until 1683, the Ottoman Empire continued to grow, through a series of conquests and invasions of other territories and tribes. During the peak of the Ottoman Empire’s control of the region, the empire ruled over a population of more than 15,000,000.

The mighty empire began to crumble in the 18th century, as a series of wars took their toll on the Ottomans, who battled on many fronts and with many of its territories.

By World War I, the sun had set on the Ottomans, and 1923 saw the birth of the Republic of Turkey. One of the founders of this new movement was Mustafa Kemal Ataturk. Ataturk was an Ottoman and Turkish army officer who led the Turkish National Movement during the Turkish War of Independence.

After his victory, Ataturk began transitioning the Ottoman Empire into a European Nation-State. He oversaw the opening of new schools, began government reform programs, and lowered taxes. The emergence of this new type of government in Turkey was the start of its growth into a modernised European nation.